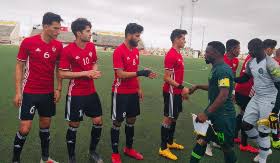 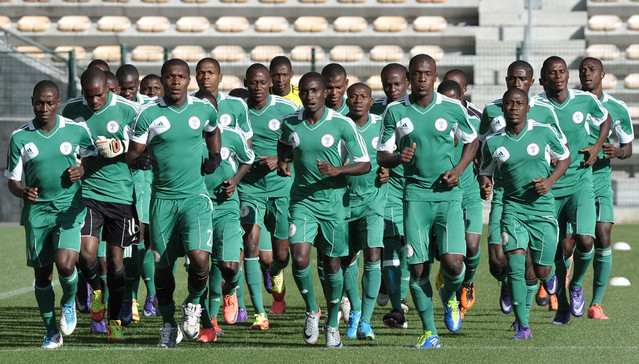 A 0-2 loss in the first leg of their second round, first leg encounter against Libya’s U23 squad means Cup holders Nigeria must achieve a high –score win over the North Africans to avoid early elimination from this year’s U23 AFCON finals, and cumulatively next year’s Olympic Games.

Africa’s three flagbearers at the Men’s Football Tournament of next year’s Olympics in Tokyo will emerge from the 3rd Africa U23 Cup of Nations in Egypt in November. Only a massive win over Libya at the Stephen Keshi Stadium, Asaba on Monday and success in the final round of qualifiers in three months’ time will make Nigeria eligible to defend her title in Egypt, and thus able to fight for an Olympics ticket.

One goal in each half in the Tunisian city of Ben Guerdane on Wednesday, plus a goalkeeper expelled for ball –handling outside the box, was the summary of a poor outing by the Olympic Eagles, and pride and pedigree suggest an all –out attack from the blast of the whistle would be the option for the Nigerians in Asaba.

Former U17 World Cup winners Kelechi Nwakali, Samuel Chukwueze and Taiwo Awoniyi, who were in Ben Guerdane, arrived with and have been training with the Olympic Eagles, but Nigeria have also chiseled out goalkeeper Francis Uzoho, defenders Chidozie Awaziem and Valentine Ozornwafor and striker Victor Osimhen from the senior team to help this particular cause.

In October last year, the Super Eagles overpowered Libya’s senior team home and away to brighten chances of qualification for the 2019 AFCON (which they have since secured), and the U23 squad would be determined to wrest this encounter from the Libyans to maintain the storyline.

The Confederation of African Football has appointed Kenyan officiating officials for Monday’s game, with Anthony Ogwayo to serve as referee. Oliver Omondi Odhiambo will be assistant referee 1 and Tony Mudanyi Kidiya will serve as assistant referee 2 while Israel Lemayian Mpaima will be the fourth official.

The match commissioner is Marcelin Gaha Djiadeu from Cameroon.

Pinnick: Winning AFCON is major focus for this year

20TH NATIONAL SPORTS FESTIVAL NOW TO BE KNOWN AS EDO 2020.