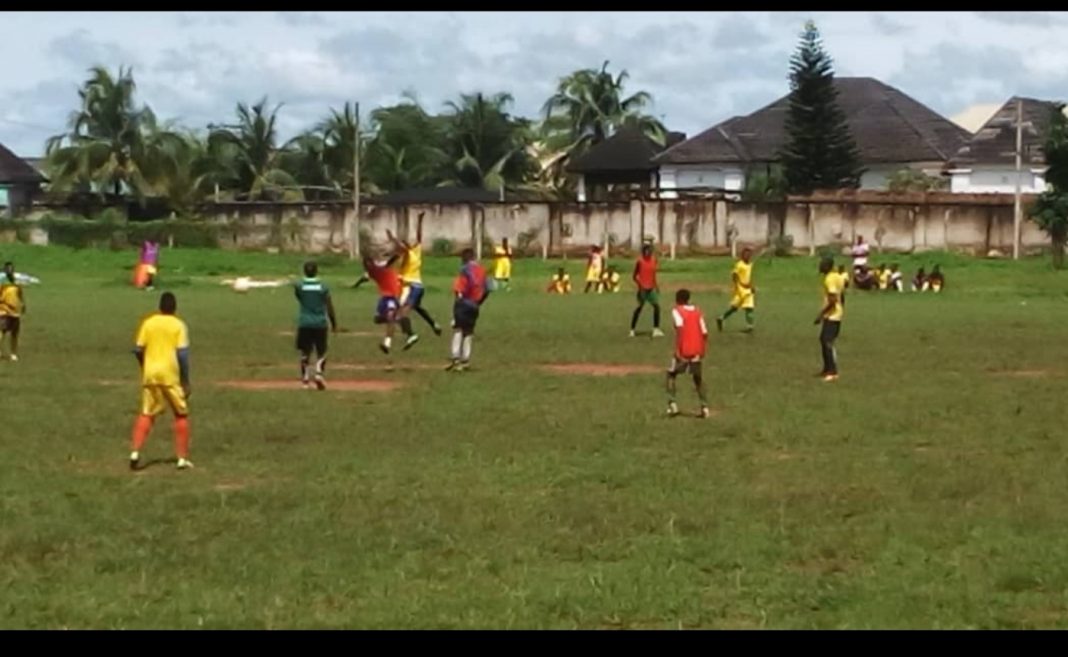 Bendel Insurance FC of Benin continued their preseason buildup on impressive note as they beat Eagle Wings FC by 2-1 today at the Crescent Sports Club Complex to make it three consecutive wins.
The Edo Football giants defeated Uniben team 2-1 and Ine Stars 3-2 in their previous friendlies put together by Benard Ogbe led technical crew in their quest to produce a formidable team ahead of the oncoming football season.
The Benin Arsenal came from behind to beat their Amateur host Eagle Wings with Adimorama Eze’s 74 and 81 goals to over earn Insurance a 2-1 win .
The host had taken the lead through a penalty kick by Oghenetega Ovie in 22 minutes into the game after Stephen Sodje’s hard tackle on Efe Ugiagbe had resulted in the spot kick.
The Benin arsenal continue their search for a formidable team that can challenge for national and continental titles.