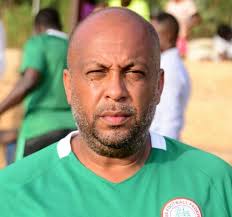 Coach Paul Aigbogun has invited eight foreign professional players to prosecute the forthcoming 2019 World under 20 World Cup coming up in Poland, May this year.

Report reaching scorerfootballmagazine.com has it that eight foreign based players have been invited to join up with the Flying Eagles ahead of their World Youth Championship in

The 2005 silver medalist will look out to better their former years performance as they will be facing Ukraine, USA and Qatar at the group stage of the tournament which kicks off on May 23.

Nigeria were in the final of the Under 20 World in Holland 2005 but lost out to an Argentine side which paraded the sorcery Lionel Messi. 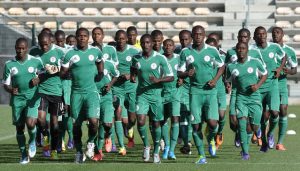 Nigeria Bow Out Of U-20 World Cup.

Olympic Eagles, Libya, in Do or Die Nations Cup Battle.